Blog: After the quake

So when I mentioned basecamp is ready for the next step, I didn’t mean a natural disaster. When the ground started to shake I was in a camp below mine. The expedition leader was reassuring people when we saw a big snow avalanche coming towards us. Luckily the tent I was in was strong enough to survive the blast. After the snow settled I quickly walk up the hill towards my own camp to find everyone uninjured. Unaware of the big impact of the Earthquake and its avalanche we started cleaning the site of the big boss’ tent where I was doing medical checks 15 min before it hit us.

Not long after there was a call on the radio for all docs to go to Everest ER. Not knowing that the ER itself sustained too much damage to be functional.  I didn’t have to walk far to find the first patient on the track who was barely breathing. My quick assessment was that she would not survive the traumatic injuries from the blast. We made her as comfortable as possible and I asked people around to transport her to the biggest camp still standing. 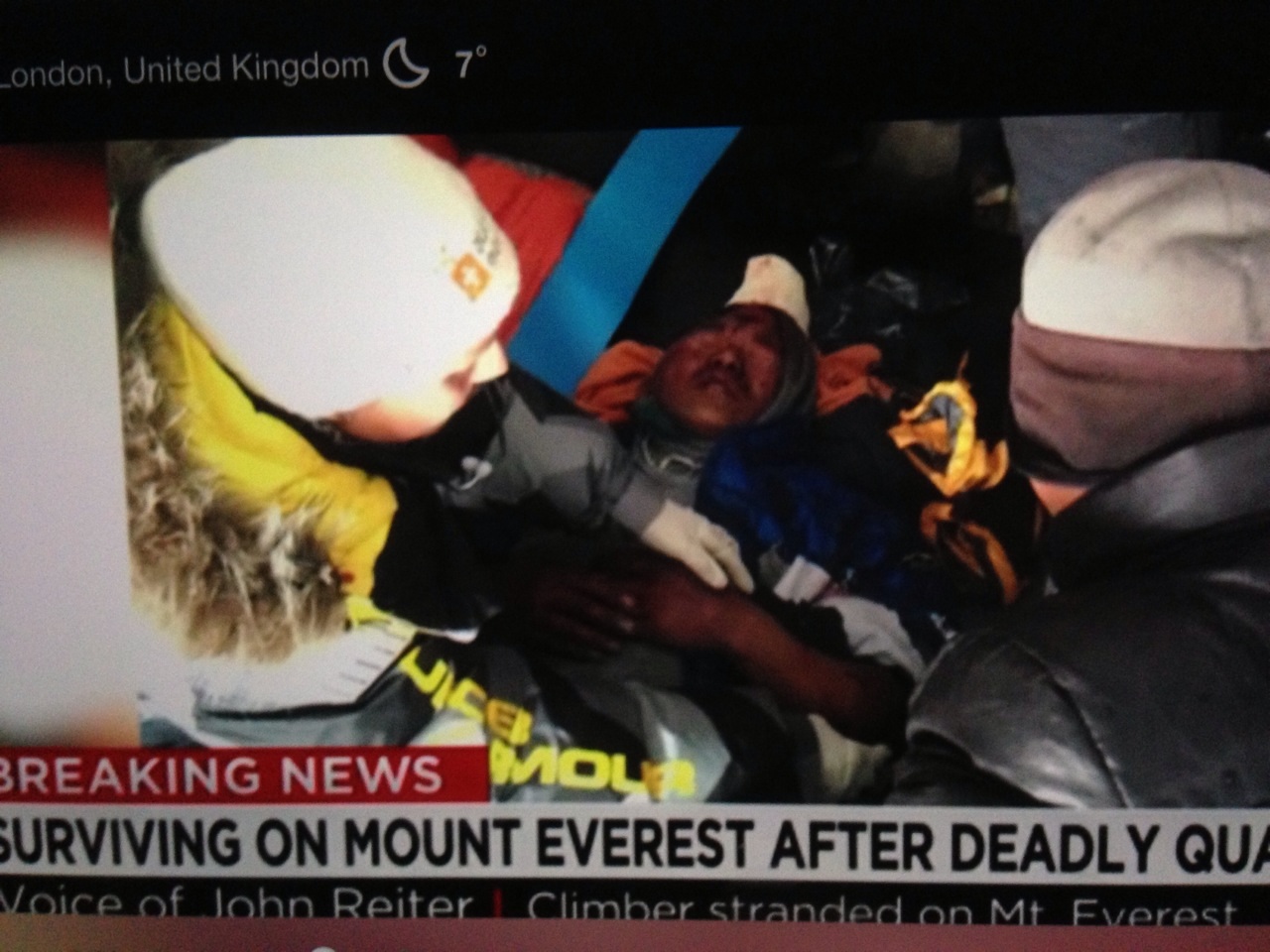 Anne at work, footage from CNN

At the same time a stream of walking wounded passed me heading in the same direction. I managed to beat them to that camp to find a big tent emptied for them. I started coordinating and quickly got help to start the triage process and initial treatment. I had an amazing team around me and everyone pitched in the way they could. There was a team bringing in wounded on stretchers and we were brought medical supplies from all over basecamp. We saw over 20 patients and most of them had minor injuries and I send them to a different tent. We had 9 critical head injury patients that had to stay and our initial tent was getting too small for the stream of patients still being stretchered in. I had put Ellen, a cardiologist from my team, in charge of these patients and moved on to another tent.

By the time the second tent was filling up the Everest ER doctors had joined us a took over the charge of these patients with mostly fractures and suspected internal bleeding. The minor injured patients were seen by another colleague in a neighbouring camp. Eight hours after the accident the last patient was brought in and by then everything was all under control. We were doing all we could to treat these patients and make them as comfortable as possible, knowing that our resources were very limited.

After dark I started to walk back to my own camp for a quiet moment only to find another dozen wounded. Luckily the Japanse doctor in our team was looking after them, nevertheless they too needed to be included for definitive care which might be days away. Knowing that we had lost three patients already and an unknown number in camp, I found it hard to sleep that night. I slept with my clothes on ready to get out quick if needed.

The next day I got up before the crack of dawn to find out that all of our patients survived the night. While discussing a long term plan we suddenly heard a helicopter. It didn’t take us long to start the process of getting patients out. Starting with the ones who were the most critical. The Everest ER sent one of their docs down to Pheriche as they received all of our patients first before they were flown down valley the same day. 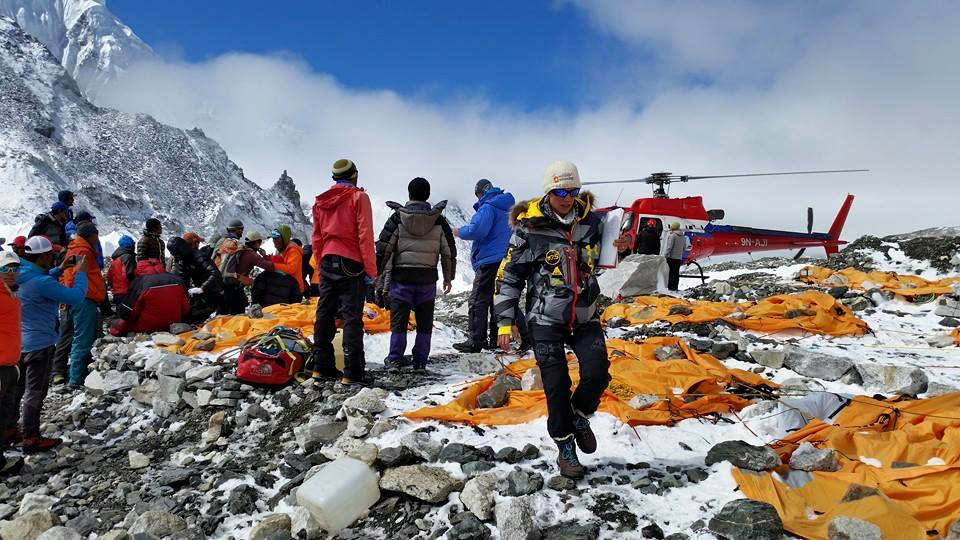 I felt relieved when we managed to get the 50 patients out of camp. Basecamp felt empty, most of the sherpas left right after it happened to check on their family and houses. A lot of the Western climbers were still up on the hill in camp 1 or 2 when their camps were being destroyed. They had to wait to be brought down by helicopter as there was no route through the icefall, the icefall doctors were gone and it is considered too dangerous to go through anyway.

The serac fall off Pumori hitting the ground creating a big blast took out the whole middle section of basecamp. Everywhere you look there is rubble, everything is shattered around and some of the stuff ended up on the other side of the glacier.

The word in the valley is that most of the houses are damaged and unsafe. There are no flights out of Lukla so people who go down get stranded there and have to sleep outside. Kathmandu and other valleys are supposedly even worse off. So for now we are staying put at basecamp where we have a place to stay, plenty of food, water and electricity.

Footage shot by the HimEx team

Anne Brants will be one of the keynote speakers at our Fundraiser Symposium Nepal, 27th of May, AMC Amsterdam.