I am on my way to Everest Basecamp, returning to where I left things a year ago working as an expedition doctor. It is great to trek through the  Khumbu valley again surrounded by beautiful snowy peaks but last years avalanche is haunting me along the way. Remeniscing on the task I had of being in charge of dealing with the victims that had to be identified, prononced dead and returned to their friends and family.

A small group of people stopped all climbers last year, in an attempt to gain some influence with the gouvernment. One lady did not stop. Donating a lot of money to a local clinic, overpaying a handful of sherpas and using a helicopter got her to the summit. The rest returned home empty handed hoping things would change. A lot of promises were made mostly to improve the life for the sherpas. One of them being that we can use the climbing permits again, which was only officially granted just before we departed this year. Which makes me wonder how much of the promised improvement is actually taken care of.
One thing has changed for sure and that is the route through the icefall. After the accident this was commented on and the icefall doctors have been working hard with new ladders to create a safer way up.

We cant beat the force of nature and we are pushing the boundaries. When something happens people respond without hesitation. Getting into rescue politics makes me realise how complex it is. We couldnt have done a better job responding altogether as one team. The thing I think we have learned is that if something like that does happen again it wouldn’t get out of control afterwards. I hope different actions will be taken and other desicions will be made. Last years drama had a huge impact on everyone involved including the local tourism. I have learned that some of the Nepali who stopped everyone last year are not returning to their old jobs and some of them might not return at all.

It feels good to be reunited with the guide team and seeing our sherpas returning again. Despite everything spirits are high, not least because of our new Under Armour uniforms.Along the trek I am getting to know the colourful group of people, climbers and trekkers, from over 10 nationalities each with their own goal. I am accompanied by Tracee Metcalfe, another expedition doctor, who is trekking in with us before setting of to work on Makalu. We are taking it slow and visit local clinics as we go.
Education on high altitude diseases and prevention of illnesses has been taken care of. All I am dealing with now are upset stomachs, blisters, headaches and how to keep the alcohol consumption down. I know that the altitude and climbing psychology awaits and I can only hope that that will be all for the season. However, whatever happens, I am ready for all eventualities. 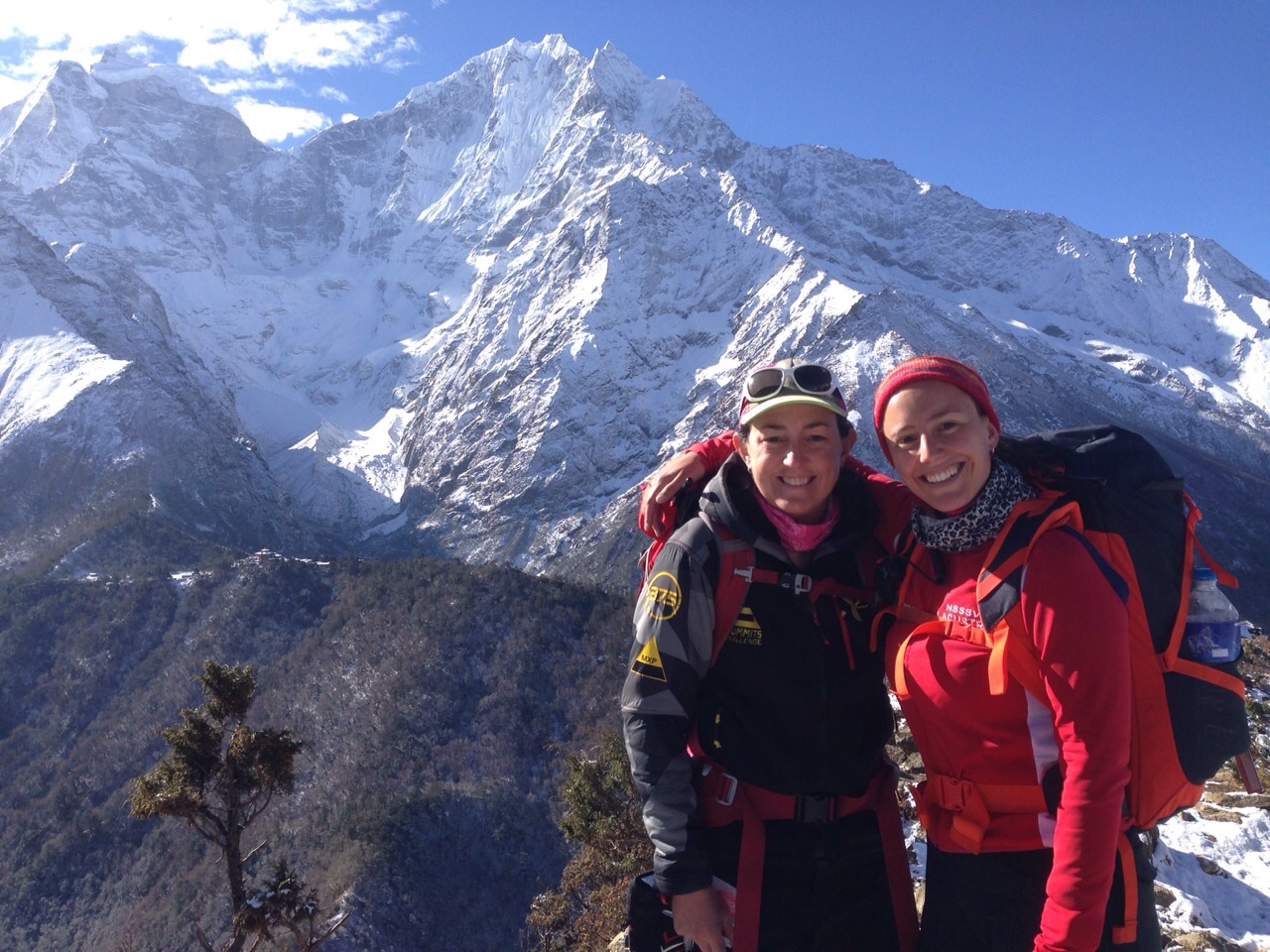